Often when I come across a great travesty in this world my heart is filled with hot flame and a desire for redemption. I dream of going to great lengths to right wrongs, spread the word, and protect the realms from evil.

But after a few days go by I realize that the flame was only a spark, I don’t care enough to actually do anything, and I have been reading too much of the Game of Thrones series.

As the saying goes, “Out of sight, out of mind.”

What all of this blathering is referring to is my resent visit to Phonsavan, Laos.

Last week, upon first entering the country of Laos, was the first time I heard anything about The country in relations to the Vietnam war in the 60’s and 70’s. Even before hearing about any secret war, I was told that Laos is the most heavily bombed country in the world.

“Say what? The war was in Vietnam, not Laos. Why would the U.S. bomb the wrong country?”

At first I thought it must be an exaggeration. Despite my skepticism, the bombing stats turned out to be true.

Phonsavan is a city amongst mysterious jars, an area known as the Plain of Jars. And it was the jars that drew me to Xieng Khouang Province in the first place. But it was a less ancient history that captivated my attention and got the good-ol tear ducts going. 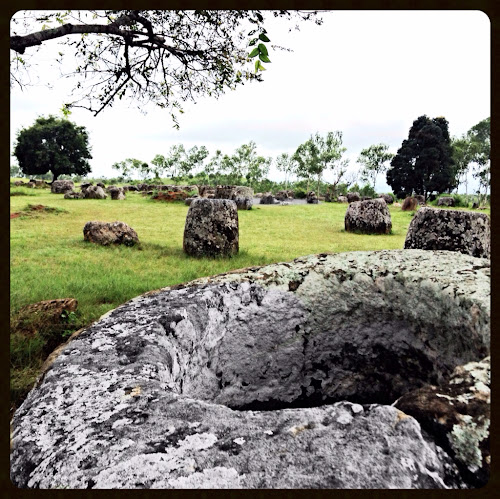 Right before my tour to see the jars is when I learned about the C.I.A. secret war on Laos. I was shocked about hearing the number of casualties and bombings in this beautiful and friendly country.

But seeing is believing and I became completely appalled to see the number of craters left by bombs during a war that “never happened.” 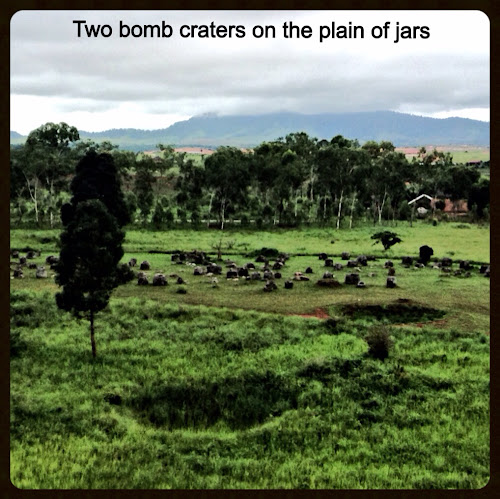 I was shown a very small cave, right next to a site of jars, where an entire village lived for 5 years hiding from U.S. artillery. The cave contains stacks of rocks that the locals compiled, each representing someone who died in the cave during the bombings. I counted over 70, and learned that there is a cave nearby where over 400 civilians, unassociated with the war, were killed. 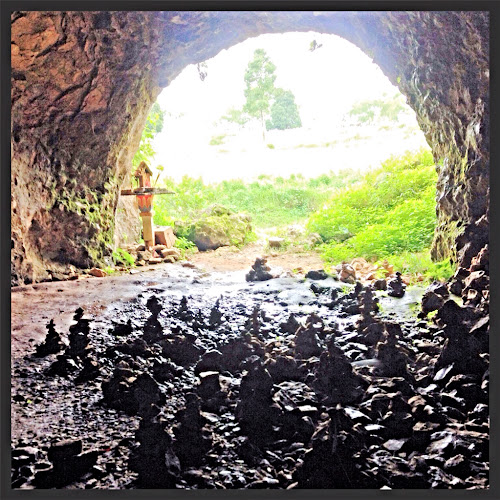 Many of the bombs were also dropped like trash. If a plane missed their target in Vietnam, they couldn’t land with missiles, so they had to drop them somewhere.

Laos was often that somewhere.

Worse yet, most of the bombs dropped were full of what the Laos call, “bombies” lethal mini bombs contained in what is known as a cluster bomb. 30% of these bombies didn’t explode on impact and continue to kill villagers today.

There are teenagers in this town with missing limbs. Children, who had helped with farming and struck a bomb or who had picked them up to play with. This is happening still, over 30 years after the war. The equivalent of one person a day was killed last year alone from these bombies.

Can you see now why my heart was hot for redemption and saving the realm?

On the tour we were informed to walk on designated areas marked by MAG (mines advisory group) that had been cleared of bombs. I felt at first they were being over-cautious until our van got stuck in the mud and a fellow traveler found one of these bombs off the side of the road.

This is real people, not just some documentary on Nat Geo. Which is sometimes difficult to comprehend when tucked away at home. 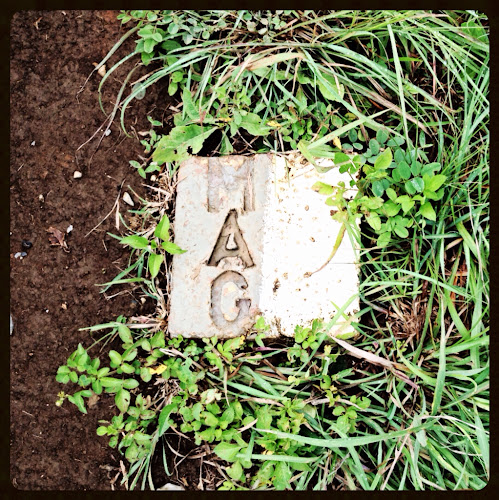 For 9 years bombs were dropped on Laos every 8 min. It’s still hard to wrap my head around that kind of bombardment. And sadly it’s easy to let the significance of this monstrosity fade away in my life as I nurse dengue fever and get lost in a wonderful book.

But I feel it’s important for us to realize these horrible realities. Even if distance and time come between our concern for the world for a moment, we can’t progress as a species (let alone as individual countries) if we don’t learn to pay attention to history.

History does repeat itself, and often in the most horrible of ways.

What worries me right now is that I hadn’t heard a word about this war in Laos throughout my entire life. An operation, carried out in secret, in direct violation of the Geneva Agreements which prohibited the presence of foreign military personnel in neutral Laos. But maybe you could blame me for being uneducated. (I personally feel better about blaming America’s poor educational system, but that’s just me.)

All of this leaves me to wonder what else our leaders aren’t broadcasting to us. The facts of what Edward Snowden revealed to us recently have left me wondering about this a lot lately.

An, “out of sight out of mind” mentality might end up being our downfall. While it might be a human weakness it’s still our choice to acknowledge what’s there.

Perhaps I don’t have the gusto and passion to save all of the Laos children from bombies like I wished. But acknowledging reality and sharing, is better than nothing I figure.

For more info on the secret war check out this documentary below.